This morning around 9:00am at the federal courthouse in Greensboro, NC, grand jury resister Katie Yow spoke to a crowd of supporters and media before going inside to appear for her federal subpoena.

In an inspiring speech before entering the courthouse, Yow stated, “Whatever happens today or in the future, I will continue to resist this grand jury subpoena… as we face state repression and all of the things that we struggle against, it is so critical that we mean what we say to each other. And resisting this grand jury is one way I can show you I mean what I say, and that we as anarchists mean what we say.” 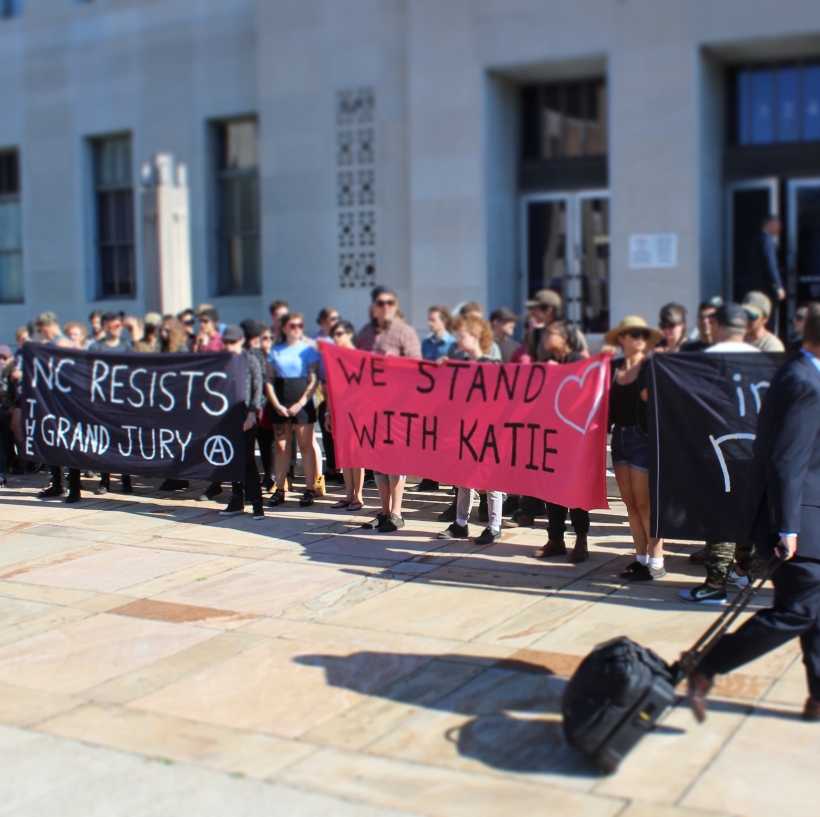 While Yow and her lawyer remained inside court, between 75-100 supporters amassed in front of the courthouse steps. The day’s activities ranged from playing drums, holding banners that read “NC Resists the Grand Jury” and “We Stand with Katie,“ to people passing out water, food, and sunscreen. A steady stream of local and regional media covered the event, with curiosity from newcomers and care by friends continuing until the end of the court day.

Katie Yow appeared before the grand jury in the afternoon. After refusing to testify, she and her attorney were informed by the Assistant US Attorney that the government will ask the court to hold her in civil contempt. Yow left the courthouse with her lawyer around 4:00pm, and further updates will be shared as they develop. 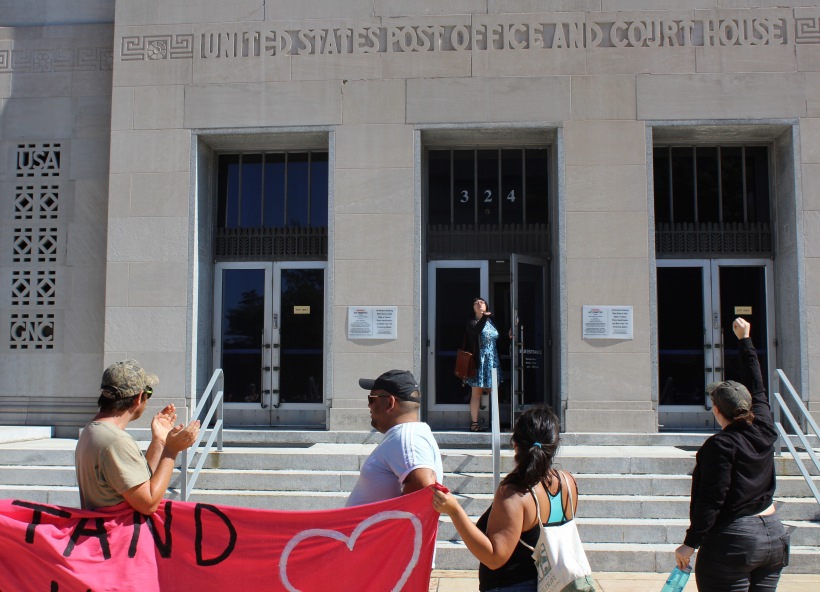